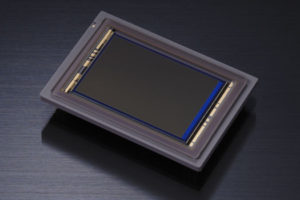 Ever wondered which manufacturer made the sensor for your Nikon? It must be noted that Nikon will have specified what they want tweaked from the sensor if outsourced. They have used Sony sensors from the onset mostly for the DX but for a few FX models too, however some of their flagship models, the D3 and D4 are “Nikon” sensors. The D5 appears to also be a Nikon developed sensor but made by Renesas.

Every Nikon digital camera comes equipped with an image sensor that delivers sharp, high-resolution images with minimized noise — even at high ISO sensitivities. The image sensors used with Nikon cameras, including FX (36.0 x 23.9 mm), DX (23.6 x 15.6 mm), CX (13.2 x 8.2 mm) and other smaller sensors, are originally designed in-house to assure optimally excellent image quality. Whichever format or category you choose, you can be sure that the image sensor at work will give you still pictures and movies of the highest quality.

Nikon 1 cameras: sensors made by Aptina.

Note: some of the Nikon-designed sensors are made by Renesas who have since been bought out by Sony.
Predominant Source: Nikon Rumours